Very early in my childhood, I experienced a long period of illness. I had chicken pox and mononucleosis in quick succession. I don’t know if it’s the side effects of the medication I took to get better, the obligation to stop all the activities that made me happy as a child: judo, dancing, figure skating, or if it’s all the emotions I experienced, but following this episode, my weight increased considerably.

My grandmother, worried, insisted that I see a dietician and my mother, who meant well, put me on my first diet. She even measured the spoonful of peanut butter I put on my slice of bread. That was the beginning of the beginning… of my eating disorder, and more specifically my battle with anorexia and bulimia.

My battle with the disease.

I quickly realized that overweight children get less attention than normal weight children. I was overweight until I was a teenager, although I still managed to lose more than half of it. That is, until I discovered Nutridiet chocolate pudding and ate it three times a day for over two months. In short, I spent my entire adolescence in a state of dietary contradiction, watching what I ate and alternating with periods of bulimia. Dance and physical activity were my escape and allowed me to make the transition between my two poles.

My education and career path in my twenties consisted of large periods of fasting. I drank only water. The longest fast lasted 10 days. I became so weak that I could feel my heart speeding up just by lifting my arms. When I was binge eating, I could gain up to six pounds in a single day. My relationships and finances suffered greatly from my obsession with my weight.

At that time, the media was already talking about anorexia and describing the stereotype as: a pretty, perfectionist girl, with great strength of character, disciplined, determined, even stubborn, to achieve her goals and career.

In my early thirties, I traded in my dance tights for a businesswoman’s suit: from dance to management and from dance teacher to insolvency consultant. Even as my new business grew and I met my business goals, I never stopped dancing. On the contrary, I practiced intensely to maintain my weight.

Need for a break

At age 38, for personal and professional reasons, I was out of breath. I decided to take a three-month break… A break from dieting and weight control. No more dieting, no more training, no more headaches. I opened the valve! What a joy it is to go grocery shopping without looking at the calories. How wonderful to eat whatever you want, whenever you want. What a joy to not have to look at your lover’s eyes to feel beautiful. I was fat and single, but the freedom to eat whatever I wanted was priceless, as long as I was healthy.

After three months, I wasn’t physically or emotionally ready to go back to the way I used to live… So I gained 100 pounds in one year. I went from 105 pounds to over 200. It took four years and 130 extra pounds for me to realize that my body was not keeping up. My ankles were burning, my feet and knees were aching and my heart was racing with every effort. I had cholesterol problems, borderline diabetes and my blood pressure was through the roof. I couldn’t even stand for more than 30 minutes. I was unable to walk and had difficulty getting up and down stairs, getting dressed and getting into my car.

At age 42, I had an angina attack. The cardiologist said, “You’ve enjoyed it for many years, but if you don’t want to die in 5 or 10 years, you have to work at it. So, since I have this “all or nothing” personality, I got my act together. So after my gastric sleeve surgery and 16 months of trying, I was at 110 pounds, I had lost 129 pounds.

Many people think that gastric sleeve and all bariatric surgeries are miracle procedures, but that’s far from the truth. It is a tool to start losing weight, but it is not a permanent solution. It is very easy to eat a little more every day and then expand the stomach pouch to eat again as you did before and quickly regain the lost weight. Now I know…

Mirage
Despite my final weight loss of 129 pounds, my efforts and suffering were not over. I had to deal with another problem: the excess skin. Two years after the surgery, I found myself back on the operating table (12 hours of surgery and 5 months of recovery). Although no one could suspect that I had already tipped the scales at 239 pounds, the memory will remain etched on my body forever by the scars.

I wasted time, energy, money and a lot of pain, because four years later, with the symptoms of pre-menopause, my two best friends, food and loneliness, came to my rescue. I started gaining weight again: 100 pounds with the pain of my scars stretching further and further. I was so discouraged, sad and angry with myself. I had always had so many plans despite this disease, but I didn’t want to do anything. I felt myself slipping, I couldn’t take it anymore. I was exhausted! I cried almost every day and I didn’t want to see anyone anymore. I WAS STILL SO FAT! How did I get there? Why didn’t I have enough control to stop eating? In time, my two dogs saved my life. The love I had for them forced me to go out five times a day.

Afterwards, I applied for the same operation again, which was refused. My stomach is still too small. I met with a doctor who prescribed medication, Saxenda injections. I lost weight quickly, but without any quality of life. Constantly, I suffered from heartaches, vomiting, dizziness and extreme fatigue. I stopped taking Saxenda.

Following this event, I have come a long way and I am much better. For over two years, I have not had any “food binges” and I have stopped dieting. No more prohibitions. I now advocate equality, equality of all foods! I am still overweight, but I am slowly losing weight. I have a feeling of freedom. 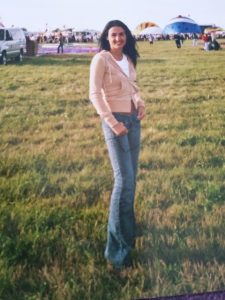 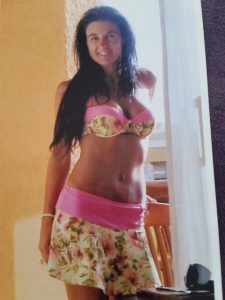 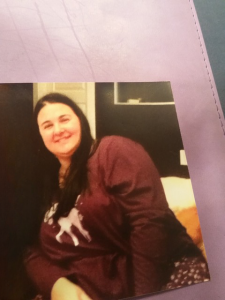 42 years old, a few months before the operation 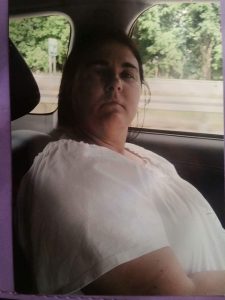 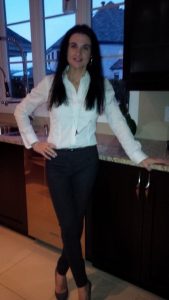 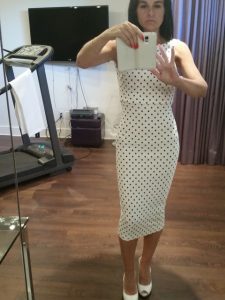 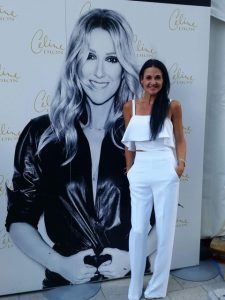 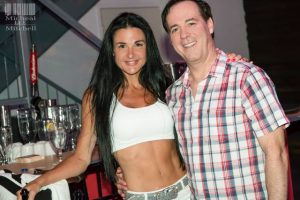