The Mini Gastric Bypass (MGB) combines gastric reduction and intestinal malabsorption to achieve weight loss. The procedure involves creating a small gastric pouch near the esophageal sphincter. The first part of the intestine is attached to the newly formed gastric pouch about two meters down the intestine.

The MGB is a new type of gastric bypass that is still under investigation in North American after gaining significant popularity in Europe and Asia. The main difference between the GB and the MGB is that there is only one instead of two anastomoses (connections) between the stomach and the intestine. This leads to less operative time and anesthesia. Because of the fewer divisions in the intestines, the MGB results in lower risk of bowel obstruction. The MGB results in similar weight loss and reversion of metabolic diseases as the GB. 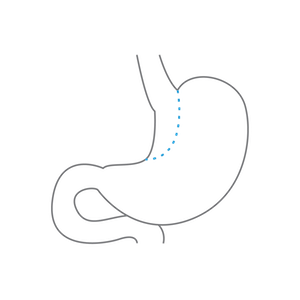 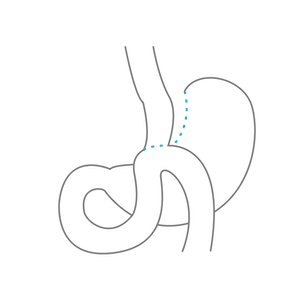